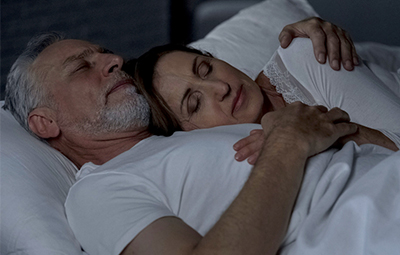 Anatomically based treatments for obstructive sleep apnoea (OSA) such as CPAP and mandibular advancement splints (MAS) often do not completely resolve OSA or are poorly tolerated with non-compliance in a significant proportion of patients. In the case of CPAP, the gold standard of OSA treatment, 46-83% of patients have been reported to not adhere to treatment [1]. Compliance from MAS is higher but reduction of AHI is less and side effects including craniofacial changes can occur [2-4].

This has resulted in interest in treatments that address physiological traits that are found to contribute to instability of breathing control during night time breathing such as hypersensitivity of the chemoreflex (loop gain), poor responsiveness of upper airway dilating muscles and low arousal threshold during sleep [5, 6].

Breathing retraining that improves efficiency and control of daytime breathing might also impact on breathing and airway stability at night and influence some or all of  the physiological traits known to contribute to sleep apnoea, particularly  in the case of patients with minimal anatomical risk factors.

The research suggests that improvements are due to a range of factors such as improved muscle tone of the upper airway, better respiratory muscle strength, improved neuroplasticity of breathing control, increased nightime oxygen levels, correction of hyperventilation/dysfunctional breathing and improved autonomic nervous system function.

Good results are dependent on patient selection and appropriately targeted and individualised treatment.