Breathing and the Brain – Rhythm, oscillation and circulation: Recent breakthroughs in cognitive neuroscience 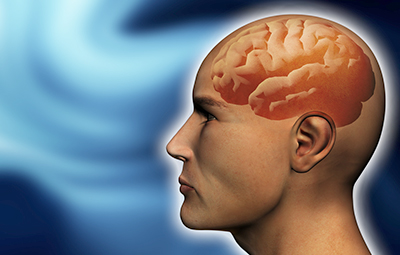 There is a long history of the application of breathing practices to psychological therapy, self-regulation and spiritual practice. Breathing modulation is the most common technique used by people all over the world to manage difficult emotions, stress and even pain. Focused attention on the breath is the bedrock of many meditation and mindfulness practices. Yogis propose that breathing practices that direct attention to the breath or alter its volume, timing and rhythms “purifies” and “stabilises” the nervous system, and “improves concentration and mental vigor”.

The neurophysiology of how breathing affects the function and health of the brain and nervous system has not been well understood but this has changed in recent years with some exciting research findings by cognitive neuroscientists and neurophysiologists.

Two very interesting areas of research with recent breakthroughs have deepened our understanding of how breathing affects thinking, feeling and brain health.

The rhythms of breathing (breathing oscillations) affect rhythmic electrical activity in the brain (neural oscillations), at first in areas connected with the brain’s olfactory circuits but then spreading to affect neural rhythms in other areas such as the amgydala, hippocampus, insula and neocortex.

This widespread cortical/limbic neuronal activity in the brain tracks the breathing cycle and helps breathing act as an “organising hierarchical principle” for neural oscillations throughout the brain.

Phase of breathing and mode of breathing influence how oscillations influence memory and processing of emotions. Zelano and colleagues in a series of human experiments found that there was increased memory recall and faster emotional recognition of facial expressions during the inhalation phase of respiration and during nasal breathing. They also found that cortical oscillations, emotional responses and memory performance reduced significantly if people switched from nose to mouth breathing [1]. Similar effects have been seen in animal studies, where bypassing of the nose eliminated breathing linked cortical neural oscillations [4].

Breathing rhythms have significant and unexpected influences on cognitive processes. It’s believed that the effect is due to the way breathing and neural oscillations modulate the neural synchronisation that triggers specific cognitive processes. Researchers studying cognition have consistently found that specific oscillatory patterns, particularly in the gamma (30-100hz) or high beta (30hz) frequency are highly correlated with the performance of specific cognitive tasks such as sensory perception, memory, attention, decision making, problem solving, and language processing. Causational links have been found between oscillatory patterns and sensory perception and working memory [6]. Poor regulation of gamma oscillations has been found in cognitive brain disorders including autism and schizophrenia. The fact that breathing influences oscillatory patterns suggests that it too influences cognitive processes and might have a therapeutic role in helping patients with cognitive brain disorders.

Breathing is an important example of embodied cognition, showing us how body sensations and brain changes resulting from those body sensations influence cognitive functioning [4].

can change emotional states and cognitive processes. While these two ways of being with and working with the breath create distinct changes in brain activity [2], both practices can reduce cognitive load and calm the nervous system. Intentional changes to breathing engage the frontal, temporal and insular cortex, while mindful attention to the breath modulates the cingulate cortex.

Paying conscious attention to sensations connected to the breath like smell, temperature sensations in the nose, respiratory motion in the body and breathing sounds enhances proprio- and intero-ceptive respiration locked sensory inputs on brain activity. Given that loss of the ability to smell (anosmia) is known to be a risk factor for development of depression, cognitive decline and decreased memory performance [6], it’s possible that focused attention on breathing sensations such as smell could be helpful for conditions such as depression and that rehabilitation of a person’s ability to smell could improve their memory and cognitive health. Certainly mindfulness meditation, which often uses breath attention as an attentional anchor is reported to be helpful for these conditions.

There is quite a bit of scientific literature showing that breathing techniques that modulate breathing rhythms and rates of breathing in various ways are helpful for depression, anxiety and other psychological conditions such as post-traumatic stress disorder [7, 8].

It might be thought that these breathing techniques work for individuals with these conditions because they reduce arousal or correct hyperventilation or provide some sort of distraction. However, this recent research shows that breathing oscillations can actually improve core cognitive processes and change how the brain functions. This opens up therapeutic possibilities for the use of breathing rhythm and rate variations in a number of neurological and psychological conditions.

CSF is just one part of the fluid system in the brain. Other components are blood and parenchymal fluid. The pressures and volumes of each of these three fluid components are constantly changing but they exist in a state of equilibrium. As the volume of one increases, the others decrease to maintain equilibrium.

Intra-cranial arterial pulsations were once thought to be the key driver of the movement of CSF from the skull to the spinal cord but new research has clearly shown that breathing is the most important force for moving blood and CSF [9-12]. Ground breaking research by Dreha-Kulaczewski and colleagues used novel real-time phase contrast MRI to simultaneously measure CSF and venous blood flow in healthy human subjects [11].

These researchers found that during the inspiration phase, CSF moves upward (inferior to superior) into the cranial cavity and lateral ventricles and in the reverse direction during the expiration phase. They were able to measure this bi-directional respiratory motion of CSF in the brain and at cervical and thoracic levels of the spinal cord. They also measured the flow of venous blood at the internal venous plexus of the upper cervical spine, an important venous drainage pathway for the brain stem.

Specific breathing manoeuvres such as breath holding, forceful breathing and breathing at specific frequencies alters CSF and venous blood fluctuations. Breath holding can completely abolish CSF flow [12]. Individuals with good respiratory muscle strength and control appear to be able to produce stronger CSF movement with the breath [10]. Strong diaphragm function and co-ordinated breathing action improves venous return to the heart. Conditions that cause a reduction of venous return to the heart (e.g. increase in central venous pressure from obstructed airways) can interfere with the ability of breathing to direct outflow of CSF.

Clinical implications of this research are numerous. It particularly supports the use of breathing techniques that improve respiratory muscle strength and co-ordination, and that use rhythmic amplifications of breathing volumes as approaches to improving brain and nervous system health.

Dr Ron Ehrlich podcast – ‘How the Power of Breath and an Integrative Approach to Breathing Therapy can Transform your Life’
December 7, 2022