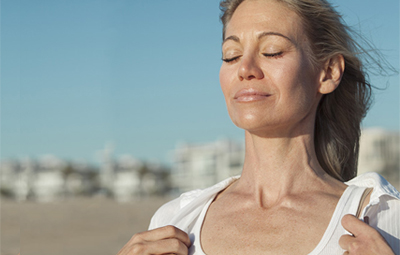 Unfortunately dysfunctional breathing can have a powerfully negative affect on our health and is far too common. It affects up to 70% of people with anxiety disorders, 30% of people with asthma and other types of chronic respiratory and cardiovascular conditions. It is also commonly found in panic disorder, certain types of sleep apnea, chronic pain conditions and chronic fatigue syndromes.

Our breathing can become dysfunctional, or less than optimal, for many reasons including medical conditions affecting the lungs, nasal passages, upper airways and the circulatory system. Breathing can also become disturbed because of stress overload or dysregulation of the body’s breathing control systems from chronic illness or trauma.

Common symptoms include feeling unable to take a deep or satisfying breathing, feeling anxious or pre-occupied about breathing sensations and unexplained “short of air” feelings. Often people with dysfunctional breathing have other non-respiratory symptoms that cannot be medically explained or don’t respond as well as expected to medication or to physical or psychological treatment.

The program is individualised and generally involves:

Immune Protective Effects of Nasal Breathing and Nitric Oxide in the time of COVID-19
March 26, 2020

Functional Breathing and Healthy Kids – What every parent needs to know
June 29, 2019