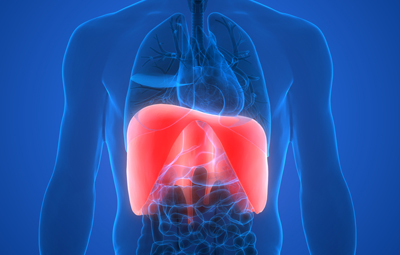 Think of breathing and if you are even slightly anatomically literate you will probably think of the diaphragm. This major muscle of breathing influences all other breathing muscles. It changes the shape and size of the rib cage, creating the pressure differentials that draw air into the body.

The influence of the diaphragm goes way beyond its role of pumping air in and out of the body. Understanding these influences gives us some of the answers as to why improving the diaphragm through manual therapy and breathing retraining helps so many chronic diseases and functional disorders.

The anatomical connections of the diaphragm are far reaching and surprising. Who would have thought that the floor of the mouth, the tongue, the heart, the lumbar spine, the pelvic floor and even the feet are connected to the fascia of the diaphragm [1]. https://www.ncbi.nlm.nih.gov/pmc/articles/PMC3731110/.

Dissections of the body show how the diaphragm is connected via the fascia pathway known as the “deep front line” https://www.youtube.com/watch?v=7zK-MZ2fjXA.

Beyond these muscular connections the diaphragm fasica also connects to blood vessels, nerves and organs [1].

The diaphragm has an astounding number of functions beyond breathing. It influences the health and function of a number of other body systems. It is important for postural control, maintaining core stability when the spine is loaded. It also plays a vital role in the homeostasis and proper function of the cardiovascular and lymphatic systems. It is intricately involved in digestive functions such as vomiting and swallowing and forms at least 50% of the barrier against gastroesophageal reflux [2]. The movement of the diaphragm is tightly co-ordinated and neurologically linked  with the movement of the pelvic floor [3] and with the muscles of the throat and tongue [4, 5].

Breathing physically moves the brain and affects the whole nervous system. Oscillations created by breathing are reflected by oscillations of neural activity in the limbic system and other parts of the central, peripheral and autonomic nervous system [6]. Breathing has been shown to be the major influence on the circulation of venous blood and cerebral spinal fluid in the brain [7]. The large breaths created by a strong and functional diaphragm can amplify the effects that breathing has on the brain and nervous system.

The diaphragm has many proprioceptive or sensory fibers to help it function as an exchange point for information originating from the brain and different areas of the body and as a source of information in itself.

Restoring proper diaphragm function is important for anyone who has any type of disorder of the respiratory and circulatory systems. However it should also be a consideration for best treatment outcomes of the following conditions:

In a future article I will discuss some of the tools and strategies I use for assessing and improving diaphragm function.