Bedwetting in Children – What causes it and how to fix it 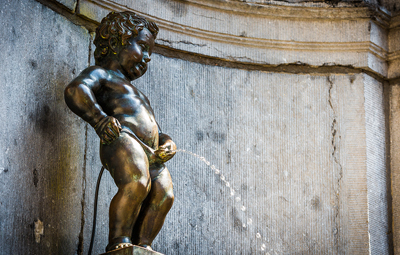 Bedwetting, also called enuresis, is a very common problem affecting children all over the world. By the age of 5 the majority of children will be dry at night. However some children can continue wetting their beds till they are in their teens and on rare occasions into adulthood.

In the past bedwetting was often treated as a psychological or behavioural disorder and children were often blamed or even punished for something that is now recognised to have mostly physical rather than behavioral causes. Treating bedwetting with punishment is not effective and only leads to depression and anxiety in the child [1].

Bedwetting can be due to several causes and its treatment should be based on proper diagnosis and individualised treatment that addresses the causes and related health issues.

Bedwetting is categorised as primary when there child has never been dry at night or secondary if the child has been dry for at least 6 months. Primary enuresis is the most common type.

These two types of bedwetting have different causes and require different treatments. NMNE is often due to bladder and lower urinary tract issues while MNE is due to issues connected to sleep and sometimes to airway insufficiency and breathing disorders.

Airway insufficiency and sleep/breathing disorders are of particular importance because they can contribute to other established causes such as obesity, inflammation, excess nighttime urine production and hormonal/metabolic disorders.

Bedwetting particularly when it is not associated with daytime voiding ie MNE, is strongly correlated with sleep disordered breathing [2]. Children who snore are four times more likely to wet the bed. Also 46% of children with SDB wet their beds [4]. They are also more likely to have ADHD, conduct disorders as well as learning disability[5].

Tonsillectomy can help [4] but does not necessarily cure it and perhaps only about 50% of children with enuresis are cured by adenotonsillectory [6].

Why do Breathing Exercises Help Bedwetting?

Integrative and proactive strategies for maintaining health in the era of COVID-19
June 26, 2020

Immune Protective Effects of Nasal Breathing and Nitric Oxide in the time of COVID-19
March 26, 2020

So what is the difference between functional and dysfunctional breathing?
September 2, 2019
TOPICS